Here are some more examples of how street art can be used in advertising to promote a product: Feel free to comment on any of them or tell everyone which one is your favorite. In the second half of my thesis I will mention a coupe of these and its relativity to location. 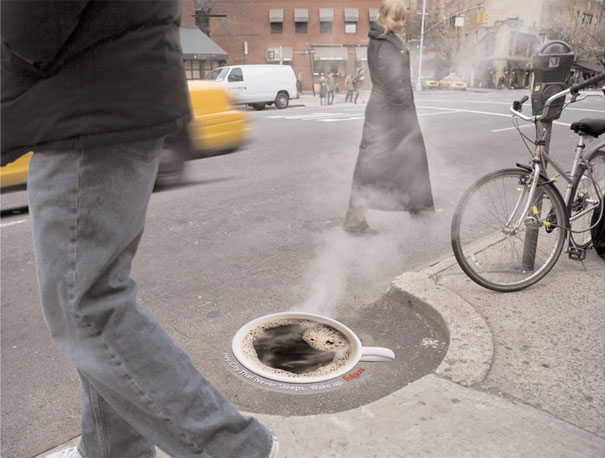 Folders coffee used the steam created by a drain cap to mimic the steam that comes out of a warm cup of joe.

Street art is used in this advertisement to develop awareness of the fact that 1/4 car accidents are pedestrians. It was created by Draft FCB in portugal and placed at high traffic intersection. 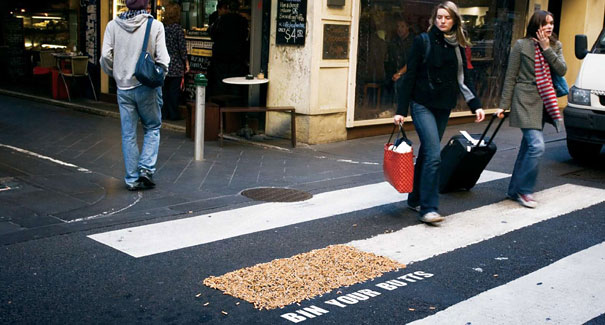 This advertisement was created by GREY Group advertising. the tagline was "don't be a tosser, bin your butts." The butts of cigarettes were placed on the end of a crosswalk line to make feel like you are walking on a giant cigarette. 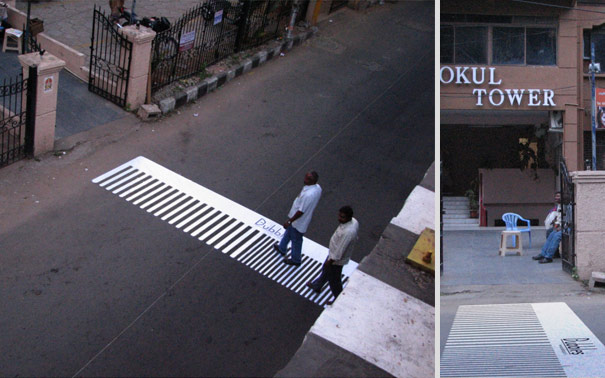 Street art was used in this advertisement for a local hair salon in India. The hair salon was called Bubbles and they turned a crosswalk into a comb used to brush your hair. The purpose of this advertisement was to show the products main benefit of a zoom lens. The street art advertisement simulates the movement of the powerful lens of the camera. Genius! 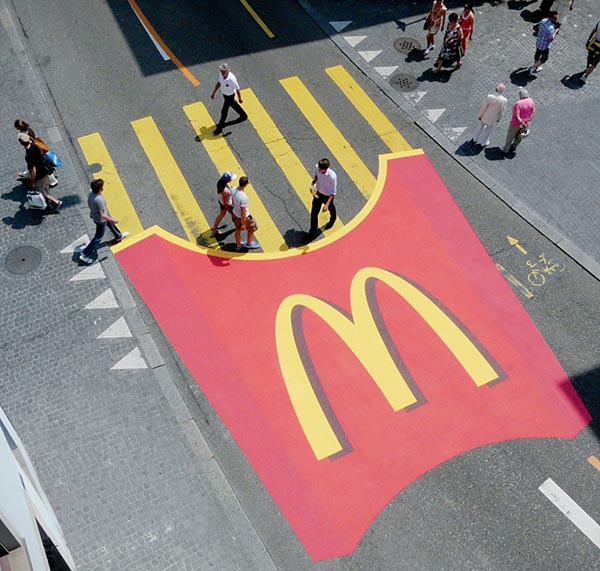 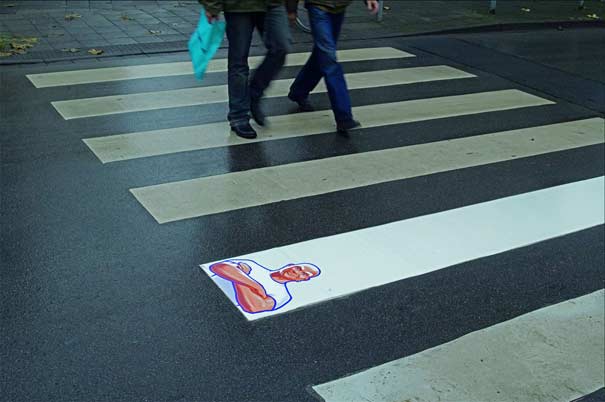 This one is my personal favorite because it is so simple, but makes a clear statement on the functionality of the product. It is for Mr.Cleans magic eraser.